Word of the day: Festoon

I’d been using the word festooned for some time – this is the third blog post using it – probably because it’s fun to say, but I recently discovered there’s a noun, festoon, lurking behind that fun verb. So sayeth wikipedia:

A Festoon (from French feston, Italian festone, from a Late Latin festo, originally a festal garland, Latin festum, feast), is a wreath or garland, and in architecture typically a carved ornament depicting conventional arrangement of flowers, foliage or fruit bound together and suspended by ribbons.

It’s still fun to say, and once you know about architectural festoons, you start to see them all around. 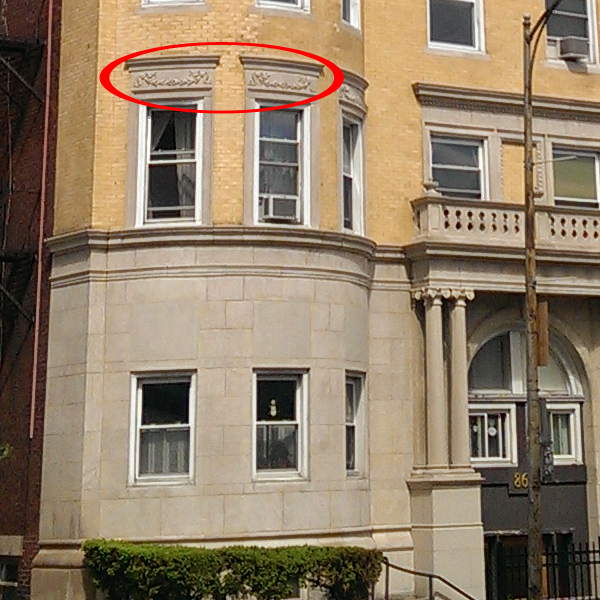