One of the newest trucks on the scene at City Hall Plaza is Mediterranean Home Cooking, what looks like a family operation with no evident social media presence or brick and mortar location. But they do have one of my favorite things, a focused menu: That’s right folks, we’re talking about byrek and that stars with B and ends with K and there’s a great deal of variability about what goes in between and inside. At Sabur in Somerville, it’s burek and it’s hand-stretched, at wikipedia, it’s börek and it’s everywhere from Armenia to Albania and lots of places in between. At Mediterranean Home Cooking, it’s fresh filo dough with olive oil and your choice of meat, spinach and cheese fillings. I had spinach (triangular) and meat. 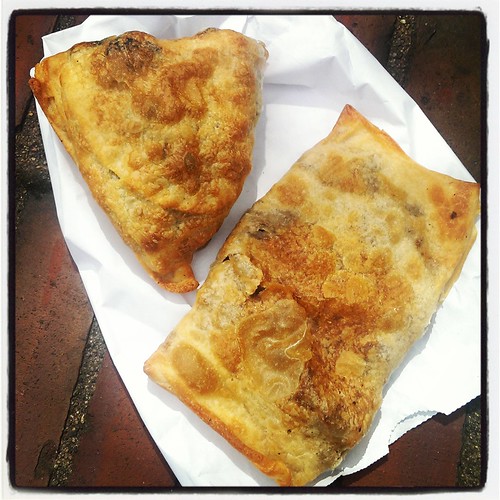 Both shells were crisp and a little chewy while still flaky but not impossibly messy. I was expecting something more like spanakopita with lots of cheese but there was just a bit of something not as pungent as feta, allowing the spinach to be the star. It was leafy and not overcooked or minced beyond all recognition as sometimes happens in these things. Probably not a whole meal for most, but at $4, no complaints. 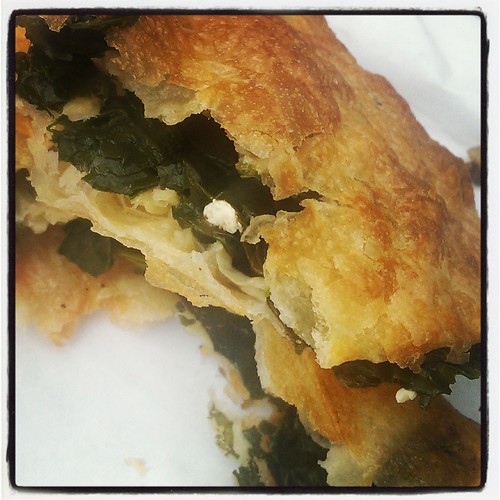 The meat byrek – beef, I’m pretty sure – was the standout. A seemingly more generous portion in general and not at all stingy on the meat but also nicely spiced and generously endowed with melty onions. Gotta love the onions. At just 50 cents more than the spinach, the meat byrek felt like most of a meal. Fries were on the menu with the burger but not listed a la carte, but I’m sure the peckish could make a special order. 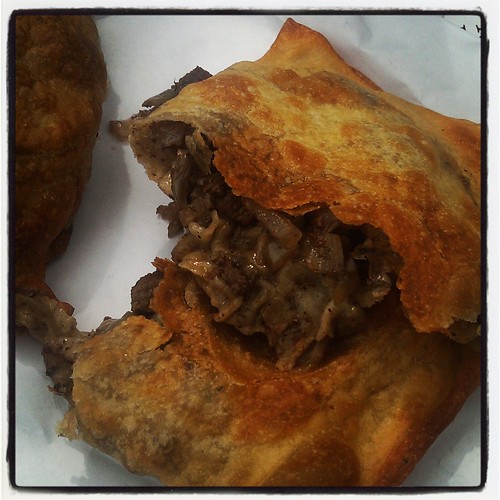 It can’t be easy to compete side by side with the more polished Bacon Truck and Green Bean Mobile, but Mediterranean Home Cooking brings the byrek, and that’s something you won’t find in too many other places, and they deliver it simply and with a smile.